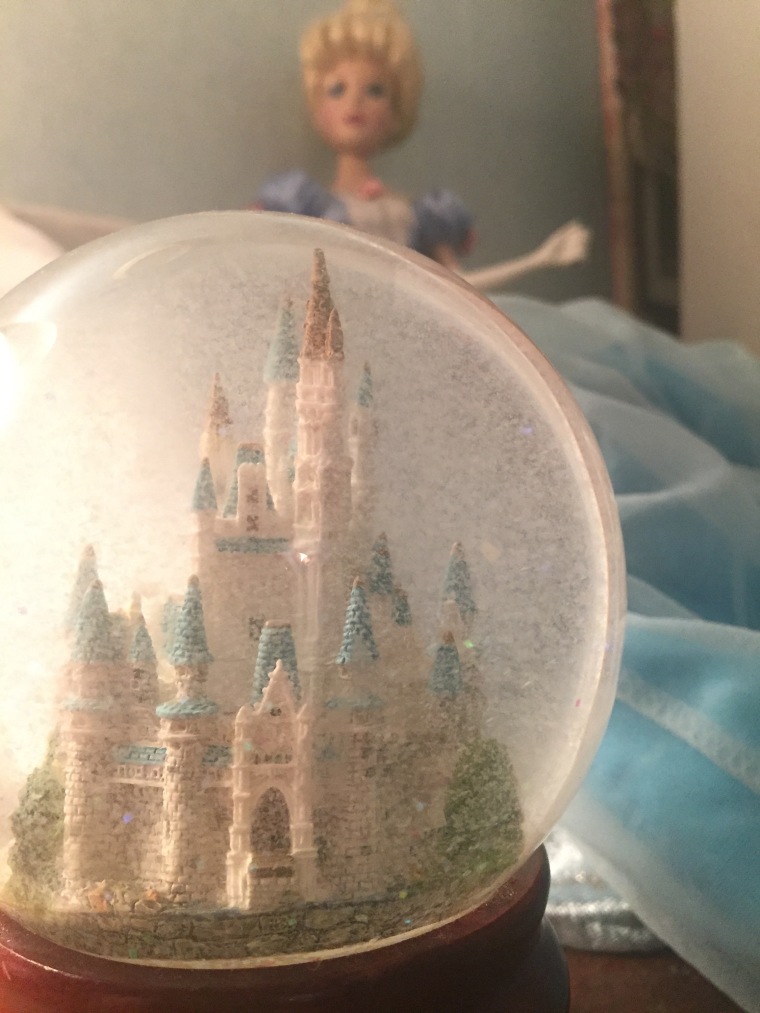 I think most girls like the tale of Cinderella. It’s got drama, a handsome prince, a makeover, and a huge, fancy party. It gives us hope that if life is tough, it will get better. It lets us dream of a day when the world will see our beauty, and maybe a handsome someone will notice us. It gives us that sense of happily ever after.

But that’s not why I really love the story of Cinderella.

The part of the story I love is the middle. This is kind of the sad part. Cinderella’s parents have died and the stepmother has started to treat her like a servant. It would be a miserable existence for most of us.

But not for Cinderella.

The reason I love this part is because this girl gets it. She is an overcomer. Cinderella may be having to serve the stepsisters their meals and hang their clothes out on the line everyday, but she has not been beat. No ma’am. This girl has got her head on straight.

Do you see it? Cinderella is content. She has found joy even in those hard circumstances. She gives out kindness (sincerely, not passive-aggressively like I’d be tempted to do) to those who don’t deserve it. She doesn’t play the victim and dwell in self-pity. She doesn’t plot to get revenge or teach them a lesson. She rarely even defends herself.

What? Most people would say. This girl needs to stand up for her rights! Liberate herself! Give those evil women what they deserve!

Yes, that’s what our culture would tell us to do. Give them a piece of your mind! Or Make them pay for what they’ve done! I know I hear a statement like that at least once a week from a news show or a Facebook post.

But Cinderella didn’t choose that route. She chose love, forgiveness, kindness, contentment. And in choosing those things she became free.

Free? Yes, all of us have our own version of the stepmother. All of us find ourselves in situations where we are not in control and life is not what we’d choose. One persons’ “stepmother” may be cancer, another’s may be feeling trapped in a boring marriage, and still others have lost loved ones too soon and wonder why God has allowed such pain.

Cinderella, although she looked enslaved in a hopeless situation, had found freedom. See, it’s easy to fight, insult, and get revenge. What’s hard is to let all of that go and find contentment. We become truly free when we don’t let our circumstances define our happiness. We are free from our oppressors when we no longer let their words determine the course of our day. Cinderella was not the slave of the stepmother. Yes, she did what she was told, but inside she had found freedom. You see, it takes a lot more strength to be kind to someone undeserving than to get back at them. The one who forgives is stronger than the one who fights.

This mindset is similar to the one Jesus had on this earth. He was wronfully accused, physically beaten, and eventually killed. Yet he never fought back. He didn’t defend himself. 1 Peter 2:23 says, “When they heaped abuse on Him, He did not retaliate; when He suffered, He made no threats, but entrusted Himself to Him who judges justly.” Jesus was able to continue living in peace, still handing out love and forgiveness as if no one was mistreating him. Why? Because he trusted that his father had it all under control. He knew righteous judgment would be poured out eventually on those who deserved it and never repented. He knew Good would win.

I had a chance to put this into practice during my divorce in 2012. I knew my husband would do everything he could to tear me down in and out of court. I was scared. Scared of him and scared of what he might say or do. Every time he sent me a hateful text message or email I had to bite my fingers so that I wouldn’t text back hateful things. I was scared to death of court and how he might lie about me, but I had to claim this verse and trust God to handle it. I had to let Him be my defense. Every time I engaged my ex in the argument or defended myself I was under his power. Trusting God to defend me brought me true freedom and peace.

The apostle Paul wrote Philippians while starving in a sewage-filled jail cell. He wrote, “I have learned to be content in all circumstances…I can do all things through Christ who strengthens me.” (Philippians 4)

So this, to me, is what Cinderella represents. Contentment in the storm. Grace under fire. Freedom in an impossible situation. Thisis what I want. Paul’s “peace that passes all understanding” that only God gives.

Now, don’t I like the fact that Cinderella gets saved by the prince and taken to live in the palace? You better believe I love that part! But my Prince is coming for me eventually. And until then He’s walking by me each day and giving me his strength and peace to make it through the rest of this life.

After all, I sometimes wonder if all these fairy tales are really meant to point us to Him. To the real “happily ever after” that he has planned.