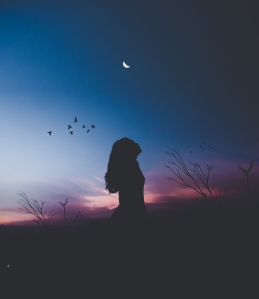 Easter is one of the most sacred days of the Christian calendar. It commemorates the day that Jesus came back to life. The Romans, with the assistance of corrupt Jewish leaders at the time, had put him to death in one of the most gruesome ways possible: a Roman cross.

Jesus’ followers are hiding. Even though He had told them he would be raised from death to life on the third day, they have forgotten. They are wallowing in fear and self-pity.

The women of the group came to the tomb that Easter morning to put the first century version of essential oils on His body. They are not wallowing in pity, they have come to honor their Lord.

The women find that the stone covering the entrance has been moved. They are told by an Angel that Jesus has risen and they excitedly head off to tell others. Jesus suddenly appears to them and tells them “Do not fear” and to “Go tell the others.” (Matthew 28)

In the book of John there’s an account of one of the women in Jesus’ group named Mary Magdalene. She had come to the tomb by herself and was upset, thinking the officials had done something to Jesus’ body. John writes:

“Now Mary stood outside the tomb crying. As she wept, she bent over to look into the tomb…

she turned around and saw Jesus standing there, but she did not realize that it was Jesus. He asked her, “Woman, why are you crying? Who is it you are looking for?” Thinking he was the gardener, she said, “Sir, if you have carried him away, tell me where you have put him, and I will get him.” Jesus said to her, “Mary.” She turned toward him and cried out in Aramaic, “Rabboni!” (which means “Teacher”).”

Jesus comes back from the dead, and who does He first appear to? Women.

In the Middle Eastern culture back then women had less rights than they do even now. Men were considered infinitely more important in society, and the testimony of women was considered to be less than reliable. Therefore, if you wanted someone to tell people about something amazing you wouldn’t choose a woman to do it. You would choose a man.

So why did Jesus appear to women before anyone else?

In his book, Jesus, the Man Who Loved Women*, Bruce Marchiano writes about each of the women Jesus encountered and how Jesus treated them.

Jesus treated women with dignity and kindness. He saw them as valuable when no one else did.

In Song of Songs chapter 2, verse 4 it says, “His banner over me is love.” Jesus loves women. He values us as precious. He really sees us, because He made us.

So, this Easter, dear woman, remember that you are precious. That Jesus rose for you. That Easter is for you, especially.